2018 was a very eventful year in our Association’s life. We are planning to introduce the most important events of the the year to those who might have never heard about us, but who are interested in our friendship group. 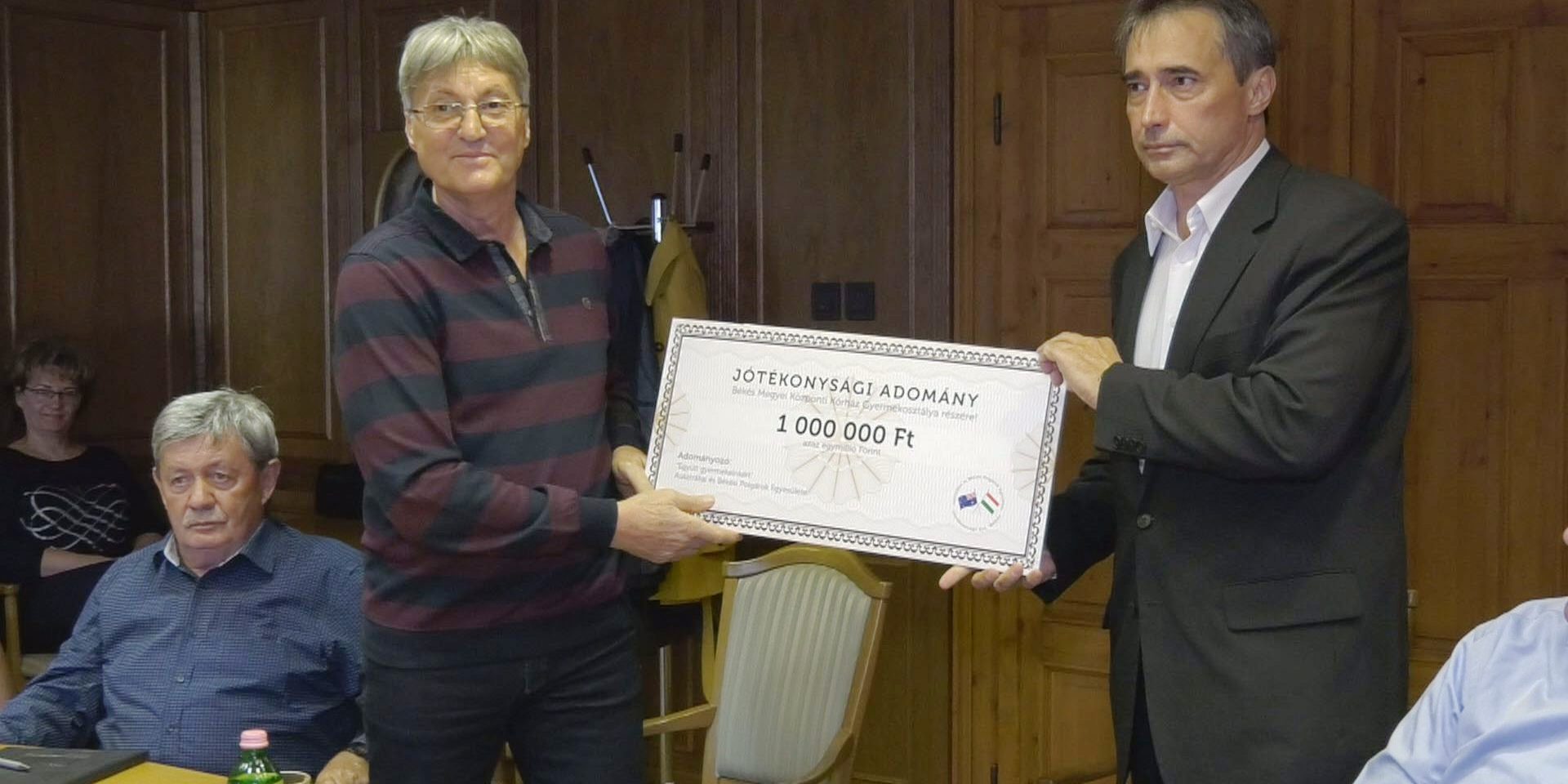 The Association of Australian and Békés Citizens was founded in 2011 by a Hungarian confectioner, Zoltán Juhász whose interest in Australia goes back to his childhood.

The Association is located in a small town called Békés, in South-East Hungary.

Its aim to build links between Australians and Hungarians, and it is trying to be active as a charity organisation working in connection with the Békés County Central Hospital.

One of the most significant programmes of the year was the 1st. Australian Charity Event. We are very grateful to our generous members and supporters who made this event a very successful charity event.

The 2nd Australian Charity Event will be held on 5 October 2019 with the hope of raising money for the Békés County Central Hospital again.

The First Australian Charity Event took place on 13 October 2018 in Békés. The charity event was organised by the Association of Australian and Békés Citizens.

The event started with speeches held by the patrons including Mrs. Alison Drury and Dr. László Kiss-Rigó, the Bishop of Szeged-Csanád, by Gábor Izsó, the mayor of Békés, by Zoltán Juhász, the founder and chairman of the Association and Dr. László Becsei, the director of the Békés County Central Hospital. After the music and dance performances performed by local students and artists the dinner was served. It included traditional Australian and Hungarian dishes. The charity event was spent in a very friendly atmosphere with live music performed by the Band Grund, with dancing and talks.

Our Australian guests visited the Békés County Central Hospital, too. They spent much time getting to know the Children’s Department where Dr. László Becsei and Dr. József Kövesdi, the Head of the Department gave them much information about the hospital. We are trying to find a partner hospital in Australia for the Békés County Central Hospital with the help of our Australian guests.

We would like to express our gratitude to everyone who supported our charity event, and we are especially grateful to Mr. Sean Falli for his enthusiasm and interest in helping others in need and for his generous donation.